Agoraphobia is the fear of going out in public spaces or in being in unfamiliar places. Some people with agoraphobia never leave their homes, but this is an acute situation. They may give themselves a geographic area within which they feel safe to travel, or will only go to certain places or events where they do not feel like they will have a panic attack. They create for themselves a debilitating fear of doing almost anything, which severely affects their ability to function normally in their lives. 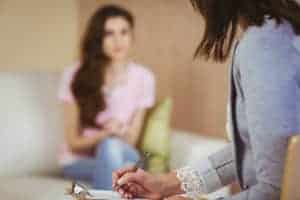 Some of the classic symptoms of agoraphobia include:

How is Agoraphobia Treated?

Treatment for agoraphobia is similar to that of treating anxiety, but obviously to a greater degree. Therapy and medication is almost always necessary to facilitate the drawing out of what negative thoughts are causing such fear. Cognitive behavioral therapy is one of the most effective forms of therapy for agoraphobia, and for most anxiety disorders.

Cognitive behavioral therapy is usually a short-term treatment. It teaches someone how to confront the negative thoughts that are holding them back, and give them the skills they need to help them gradually return to the activities they once enjoyed. Through this process, their symptoms will improve as they build upon their first signs of progress.

Through treatment, a person can begin to understand:

So while agoraphobia may be a particularly stressful disorder, it can be treated. It is an extreme anxiety disorder, which often comes in tandem with panic disorder. Both agoraphobia and panic disorder are born from symptoms of anxiety, such as a low self-esteem and lack of self-worth. But with some help from a little bit of cognitive behavioral therapy and some temporary medication, a person can find their way out of their own black hole and join the ranks of the modern world.

Learn more about how you can achieve positive self-esteem once and for all in Born To Be Worthless: The Power of Low Self Esteem by Dr. Kevin Solomons.