Even celebrities aren’t immune to depression. In fact, the instances of celebrities and depression is more common than one may think. They are constantly under stress to perform well, to “get that part” in a movie or on a television show, and they have to deal with a lot of criticism if their performances aren’t just right. Just like everyday people, some celebrities battle a poor sense of self-esteem from the criticism they receive, and as a result, become anxious and depressed. But because they are in the public eye so often, they have to be “on,” disguising their depression, which they can only allow themselves to feel when they are in private. This does not provide a celebrity with a good opportunity to start seeing a therapist because all of the reporters and paparazzi are following them everywhere they go, and their cover would be blown in a day. Therefore, celebrities often have to fight depression by themselves. 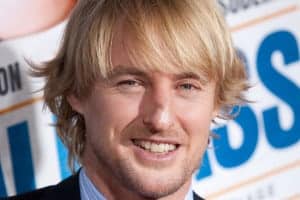 It may be easy to know that your self-esteem could use a boost, but alone, a person may not know how to go about boosting it. They need to figure out how to make themselves feel worthwhile, like they deserve all the attention they get for what they do because they know they are good at it, no matter what the critics might say.

That being said, following is a brief list of celebrities who have allegedly battled the black dog named depression:

And it would be hard to find a person who does not know about the tragic suicide of funny man actor Robin Williams.

That is just a sprinkling of the celebrities you will find in Hollywood and elsewhere who suffer from various degrees of depression. Depression springs from having poor self-esteem coupled with a low sense of self-worth. Only when a person works to improve themselves by replacing their negative feelings with positive ones can they set course in the right direction, away from the self-deprecating act of depression.