Obesity is measured by a person’s body mass index (BMI). This is calculated as weight divided by height, squared. Adults with a BMI of 30 or more are considered to be obese. Do these people become obese because they are depressed, or do they get depressed because they are obese? Chances are, the answer to that question is that it’s a little bit of both. 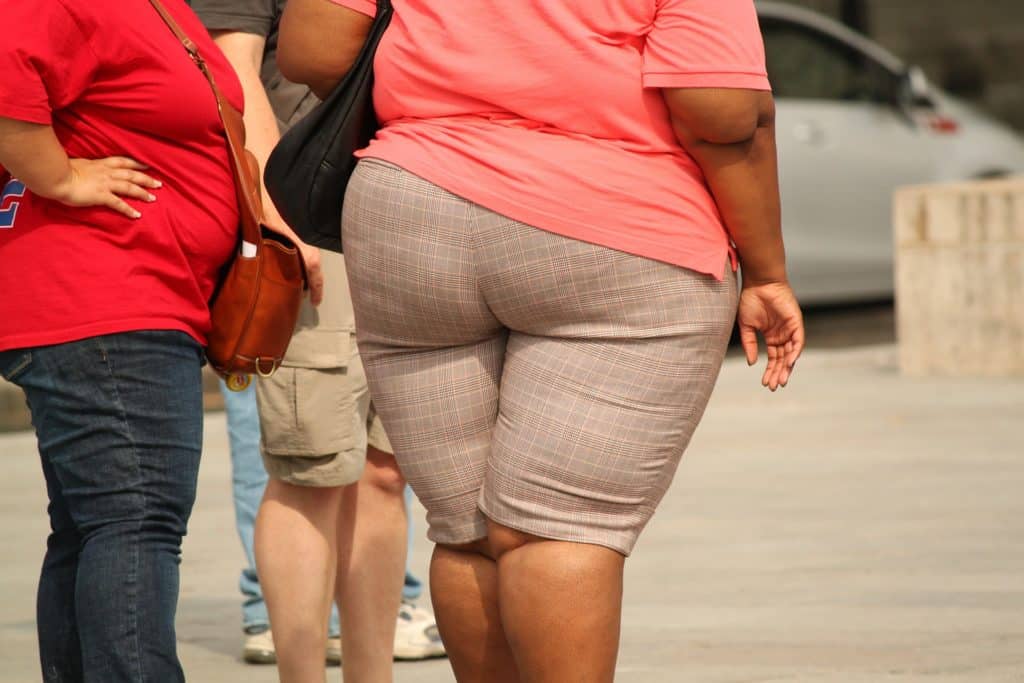 Everybody Hates to Gain Weight

Everybody who is watching their weight gets a little down when they see the numbers on the scale go up. This is especially true when they can’t explain to themselves why, such as being on vacation or visiting friends or relatives who stuff them with all kinds of good-tasting foods. That kind of person, however, usually takes notice of the weight gain; in the matter of a week or two, they’re back at their fighting weight with little effort.

There are also people who may not be depressed, but just love to eat. They may become obese, but if they choose to, they can probably drop a bit of weight with a little bit of willpower.

Then there is the other part of that 43% of obese adults with depression. These people are emotional eaters. Many people eat when they are bored or procrastinating, but others seek out comfort food to soothe what’s hurting inside, whether they are hungry or not. At those times, a carrot, a salad or a stalk of celery just isn’t going to do the job.

That’s when people head for, and find it hard to resist, so-called comfort foods — mashed potatoes with lots of butter, macaroni and cheese, pizza, ice cream and candy are just a few of the things that so many people love to eat. They know all of that food is loaded with fat and calories, and has little nutrition. Though for some reason, emotional eaters find this type of food impossible to resist and eat it constantly, along with eating way more of it than they should. It becomes an addiction from which they can’t break free.

Is It an Addiction?

Like any addiction, there is usually for a reason why these people can’t stop eating, even though it is obvious to themselves and everyone in their lives what is happening to them. And often, the emotion causing people to overeat is depression. This type of weight gain is known as depression weight.

Throughout their lives, certain people have been internalizing negative thoughts about themselves and let their self-esteem fall to a point where their level of self-care began to dissipate and they start to gain “depressed weight.” They lost their sense of self-worth and slipped into depression. Slowly, they learned that eating the comfort foods they loved so much eased that pain because it was pleasurable to eat those foods — they were tasty and made the eater feel good for a while — for a while.

Once they have finished eating, however, emotional eaters often feel worse about themselves for gorging on food that they know is bad for them, and it only worsens how they feel about themselves. Consequently, their depression worsens and the vicious cycle begins again.