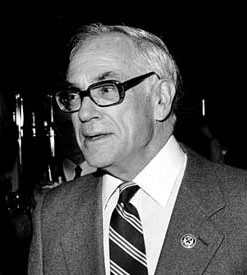 Malcolm Forbes, son of the founder of Forbes Magazine, knew what he was talking about: “too many people overvalue what they are not and undervalue what they are”. This simple yet powerful idea has been expressed often and by many; the metaphor “the grass is greener on the other side” speaks to the same idea – that instead of appreciating the treasures and gifts of our own lives, we torment ourselves by what we lack, by what we think others have that we don’t. This common view of how we don’t measure up is reinforced in so many ways in our culture – our preoccupation with celebrities, the pervasiveness of affirmative advertising and all our external standards of success – bank balances, our weight, the number of Facebook friends – just to mention a few.

It is always good and welcome advice to be reminded of the truth about the futility of coveting our neighbors, and to be redirected to our own lives. But its hard to escape the nagging question of why we are so prone to focus more on what we don’t have and on what others do, rather than vice versa. I think there is an explanation.

From the very earliest stage of our dawning self-awareness, and long before we can remember, the way in which we become aware of our selves as separate beings is based on our ability to notice differences between aspects and features of our own separate self and those of our mothers (primary care giver, primary attachment figure, or whatever other politically correct designation we use) – the person from whom we are differentiating ourselves. The way we notice differences is by comparing what we notice about ourselves with what we notice about her. In relation to her, we are smaller and weaker, and she is powerful, smart and capable. Comparing ourselves with her, and then with others, is the mechanism by which we come to recognize ourselves as individuals, and to know that we are separate beings. This is the beginning of our self-awareness and the method by which it begins.

Comparing self with others is likely present in most all living creatures because the failure to notice differences means an inability to detect danger from potential predators, which means probable death. If a tadpole cannot recognize a bigger hungrier creature in it’s pond, it will cease to be.   Comparing self with others is a natural survival mechanism throughout the animal kingdom. This is where comparing ourselves with others begins, deep in our earliest stage of our dawning self-awareness. And it never stops – throughout the rest of our lives we incessantly and relentlessly continue to compare ourselves with others: are we richer or poorer, prettier or uglier, smarter or dumber, stronger or weaker etc than others, others in general or specific and particular others? We are driven by deep psychological forces to constantly compare and contrast ourselves, to see whether we stack up more or less favorably? Comparing ourselves is a primal aspect of our individuality. It cannot be helped. It was not created by the advertising industry, which isn’t to say that the advertising and other industries – the beauty, cosmetic, cosmetic surgery, to mention just a few – don’t cynically exploit the vulnerability that results from unfavourable comparisons.

But just because it is deeply ingrained in us doesn’t mean that we are helpless in its grasp, or that we can’t override it and transcend its petty and destructive aspects. Understanding where it comes from, how it is works, and why, can provide us with the tools we need to be able to escape its negative influence, and become able to appropriately value what we have and who we are, and so no longer remain caught up in what we aren’t and what we don’t have.   Malcolm Forbes, master valuer and evaluator par excellence, knew of what he spoke. Thanks for the reminder, Mr. Forbes.

What do you think?